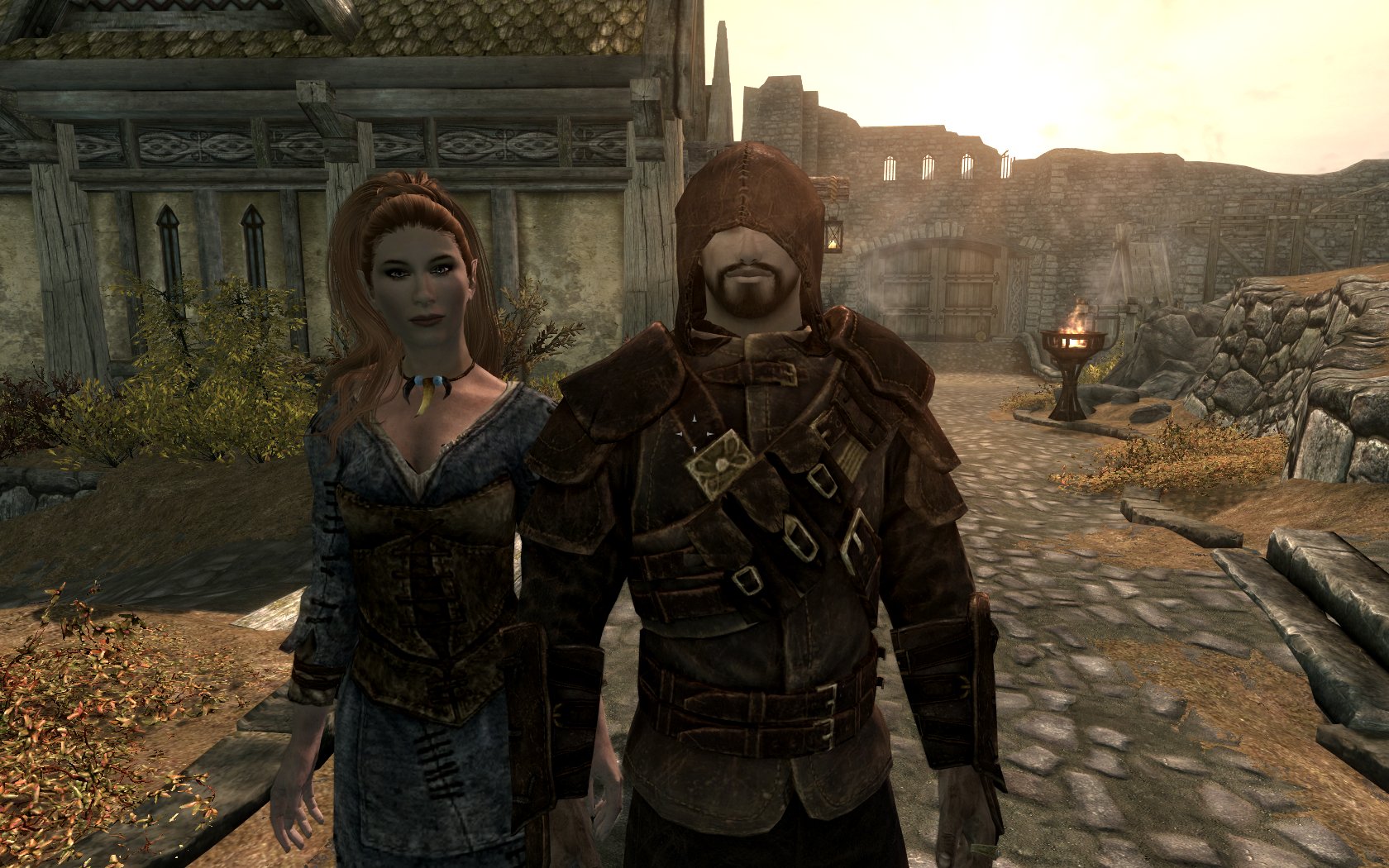 Doubling Up Agents Through Voting

It wasn’t too far down the path when five bandits started shooting arrows at them from above. Lurren pushed against one hillside and began searching her knapsack.

“What are you doing?” Nikolai asked as he ducked one arrow from overhead.

“Taking notes.” She peeked up over the grassy edge then squatted back down when the Bandit Broken screamed, “I’ll have your head!”

Nikolai popped up to fire one arrow back at him then kneeled down. “Taking notes on what?” In case you are not aware, there are bandits attacking us.”

“Yes, yes but I need to write down the names.” Lurren was digging like mad for her quill or even charcoal.

“What’s to write down? Bandit…that’s it, just bandit.” Nikolai shot off two more arrows before returning to Lurren.

She just shook her head, “No it is not. These aren’t just regular bandits.”

He looked sharply at her, “What? Then what are they?”

She rolled her eyes in disbelief that people lived in Skyrim and still didn’t know Skyrim. “Organized.”

Vilja raced over to Lurren and Nikolai, “Done and done. That’s the last of them.”

Lurren finally yanked out a small piece of charcoal and flipped opened one book. She just stared at the pages then closed it and held the book up to read the title. Before she could put it back into her knapsack and get out the correct book, Sven grabbed it.

“No: Lurren replied as she yanked the book from him.

“Oh, you work for them.” Sven just nodded pleased with his riddle solving ability and being a bard as well.

“I thought you worked for OBIS, Inc.” Vilja asked then turned to the group. “She has told us enough about it that my great-grandmother probably has heard as well.”

Lurren stood up after deciding to forego note taking of bandit names. “I do.”

“Work for OBIS, Inc.” She thought perhaps walking toward Orphan’s Rock would change the conversation.

“If she works for MIMCIC, she is some sort of an agent.” Sven was telling Lydia and Nikolai.

Vilja raced up to Lurren’s side, “How exciting, you have two jobs in Skyrim. I had an uncle once who had five jobs, he called them wives but who were we to argue with him.”

Thrynn didn’t move while rest of the group followed Lurren. He stood in the middle of the road with his arms folded.

“What do you need, my thane?” Lydia asked when Vilja told her to stop.

Lydia wanted clarification on part of the request. “When you say fetch, did you mean to go..”

Lurren stopped but didn’t turn around. “She means to go get his big backside and move it here.”

“Oh Lydia, one for small details.” Vilja fussed with Lydia’s armor to make it fit better so she could walk more like a woman instead of a man.

Lydia walked back to Thrynn and looked up. “Your presence is requested by my thane. Please follow.”

“Very well, I shall inform my thane of your answer.” Lydia returned to Vilja with the bad news. “He declines your request to comply.”

“Lurren, please bring Thrynny to me.” Vilja sadly asked Lurren while she batted her eyelashes between Sven and Nikolai.

She ran one hand through her hair and stormed back over to Thrynn. “What is the matter with you? Problems with the wife and her relatives?” Lurren shook her finger at him angrily. “I don’t have time for this so either move it this way.” She pointed toward the group. “Or go that way!” She indicated at Riverwood. “But either way, MOVE IT!” She was pleased with her handling of the situation and began returning to the group.

Lurren just froze and rolled her eyes toward the sky.

“Double agent?” Vilja said as she approached Lurren with her fans following as well. “I never heard of any double agents before. Should we give you a number and take away your name?”

“Oh oh, first double agent. The FDA.” Lydia suggested as Vilja began to write them down for a vote to be politically correct.

Sven was in think mode when he offered, “DOA. Damaged old agent.”

Vilja giggled while pointing her special thane charcoal pencil from the jarl at Sven. “That one just may get my vote.”

Lurren was busy constructing a note in her mind to Indigoblade,

Please note from this note that I hereby give note of my notice to leave OBIS, Inc. And hereby, note this notice is noted to be effective immediately.

You did note this, right? I quit….gone…no need to say good-bye. There was once upon a time when life was normal. Don’t try to bring up incidents from previous years where you believed life was not so normal based upon reports from agents that included my name.

I have carefully removed any markers from my map that would lead me to Skyrim. In fact, my good boss man, I have removed Skyrim completely. Thus it is safe to assume that the bandit crisis is over in Skyrim and I will just be on my way noti..”

Vilja waved her magical charcoal in the air, “I have it! I have it! Tell me what you think of this. We should count how many are in the group and name her ‘Double Agent and the number’. I will be number one. Since I am thane of Whiterun that should count for an additional vote. That’s now the moot works, one person gets extra voting power, the super voter!”

Lydia doing her housecarl duties counted rest of the group members and reported the findings to her thane. “There are three males plus myself and Lurren. Five more votes to your two.”

Vilja tapped Lydia on the shoulder. “My grandmother would have loved you. Efficiency! Are you a bard by chance?”

“Well no. If you are willing to teach me, I could try.” Lydia was blushing at the compliment by her thane.

“Next lessons, be there or be square!” Vilja spun around, waving the voting ballot at Lurren. “The results are in!”

Vilja showed the paper to Lurren without letting her touch or take it. “We have hereby, named you Double Agent 007.”

Lurren just walked away, she wasn’t about to even comment, cry, laugh or do anything that an unreasonable person would do. No, had she not walked away, the reasonable would have happened. But, at least, she would have been Double Agent 001 in the end. Along with rotting in Dragonsreach dungeon after being dragged there by one of the guards.

“Clearly she is speechless at her new title.” Nikolai was telling Sven who just nodded in agreement.

The group including Thrynn followed after Lurren, who was jotting down bandit names in her book. They were pretty sure sounds of crying could be softly heard as Lurren discovered each bandit contained no loot.